LARA are very proud to offer congratulations to Lewis Hazelwood-Horner who was announced as the winner of the Columbia Threadneedle Prize 2016 for his work “Salt in Tea”. Lewis also won the public vote, being the first prize winner in its eight year history to also be selected for the Visitor’s Choice Award.

The prize consists of £20,000 and a solo show at the Mall Galleries later in the year. Lewis’ painting was chosen from 3,828 entries. Lewis McNaught, director of the Mall Galleries and one of the judges, commented that “the winning painting stood out for the scale of its ambition”. Lewis painted ‘Salt in Tea’ while he was artist-in-residence at James Smith and Son, a family run business in the West End of London which produces umbrellas.

Lewis studied at LARA in 2011 and 2012. He is remembered fondly at LARA for usually being the last student in the studio and having to be persuaded to leave so that we could close up for the night. This is what Lewis has previously said about studying at LARA:

“I will always be grateful for the high level of teaching I received from tutors at LARA. LARA offered me a solid grounding of technique based training which I couldn’t find available anywhere else in the country. With the grounding of the sight-size method I can execute works to a much higher degree than I ever could before, the act of wholeheartedly giving my attention to a work till it’s finished was only made apparent to me after studying at LARA.

After leaving LARA, Lewis followed a singular creative path by becoming artist in residence at several companies.These included Holland and Holland the shotgun makers; Lobbs the bespoke shoe makers; the Redemption, Howling Hop and Truman breweries; the King Charles I pub in Kings Cross and the Private White V.C. in Manchester.

However, it was his residency at James Smith and Son which provided the inspiration and subject matter for the award-winning ‘Salt in Tea’.

Lewis celebrating on the night of his win and being congratulated by fellow LARA students Radoslav Topalov and Max Denison Pender. 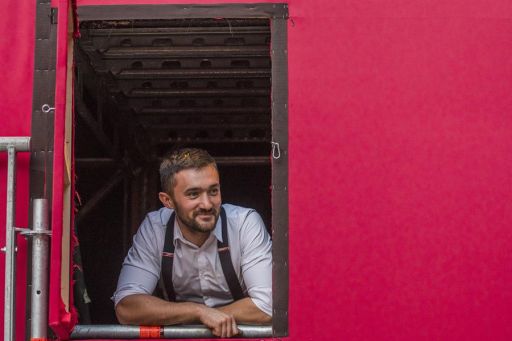 Now in its second year, the New Generation Festival, inspired by the first ever Corsini 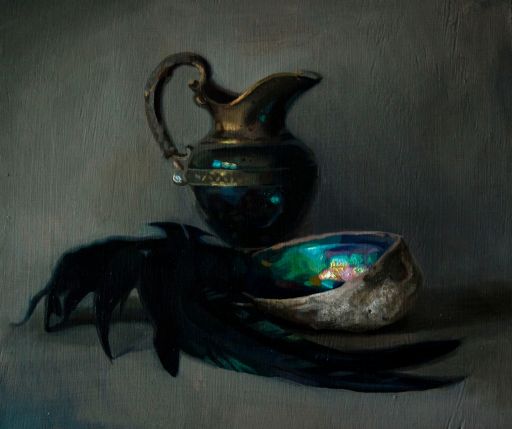 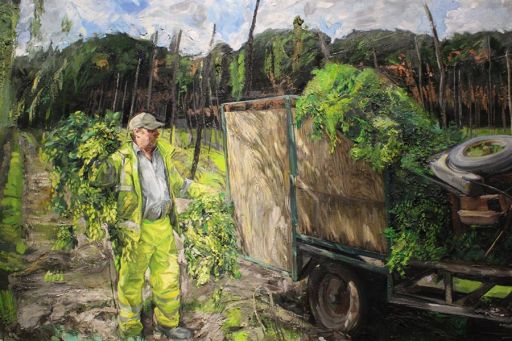